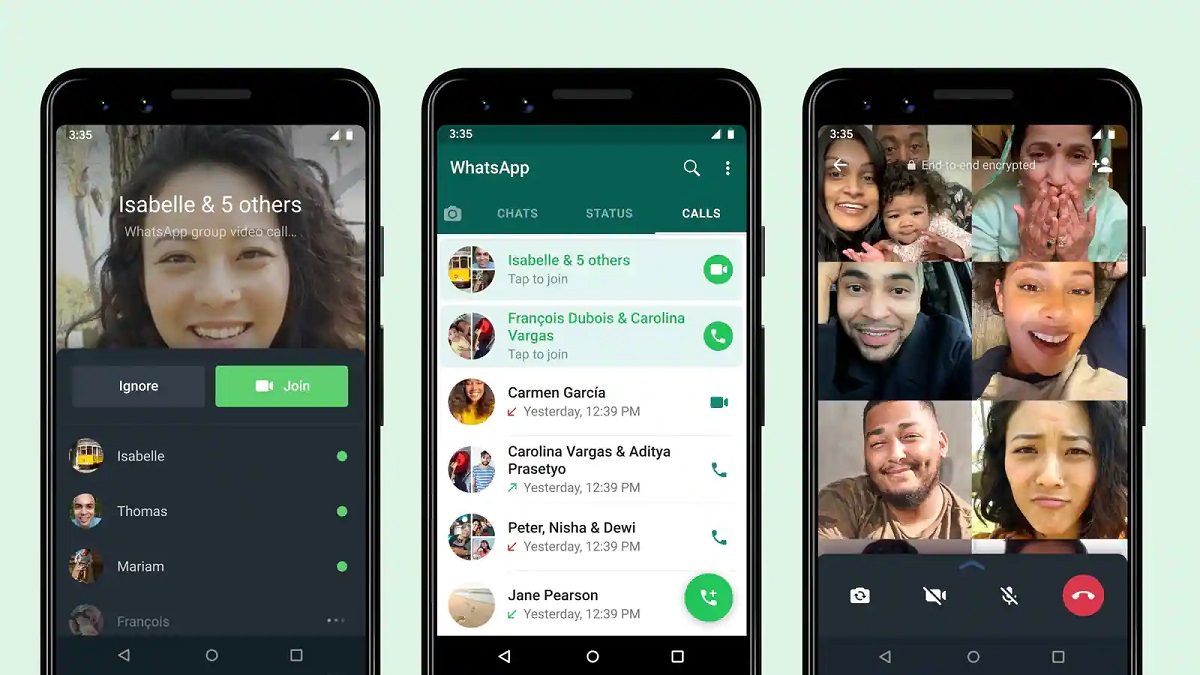 WhatsApp voice call feature update is here with much better-calling functionality. In the latest update, you will be able to see a redesigned to the contact info pages and voice messages with a sleek waveform preview. The company is looking to bring a new design to voice calls, as spotted by WABetaInfo.

To be honest the Whatsapp call screen isn’t changing at all. With all of the buttons and interface elements remaining almost the same. But the redesigned changes do make the experience feel a little more modern and cleaned up.

It switches out the colorful background for a black one, with a rounded gray square in the middle in which you can see your contact’s name/number and profile picture. It looks like the redesign will also dunk the name or number into a bright green color to make it clearer that you’re currently connected.

WhatsApp has been adding new features over the past week. Partly to attract new users and ensure privacy for the existing ones on the platform. They started rolling out end-to-end encryption for backups stored on Google Drive and iCloud for Android and iOS users, respectively.

The new look is supposed to make group calls less cluttered. There are a few changes introduced to WhatsApp’s joinable calls feature. A user can now join an ongoing WhatsApp group call right from the group chat window.

All ongoing group video and voice calls will now also be visible in your chats. And you can easily spot and join as soon as you open the app.

“We are making it easier to connect spontaneously with your groups. Join ongoing calls with your groups anytime, effortlessly, and directly from the chat view with one click,” the Facebook-owned company said.

So be sure to keep WhatsApp updated on your phone to get the redesign as soon as possible.