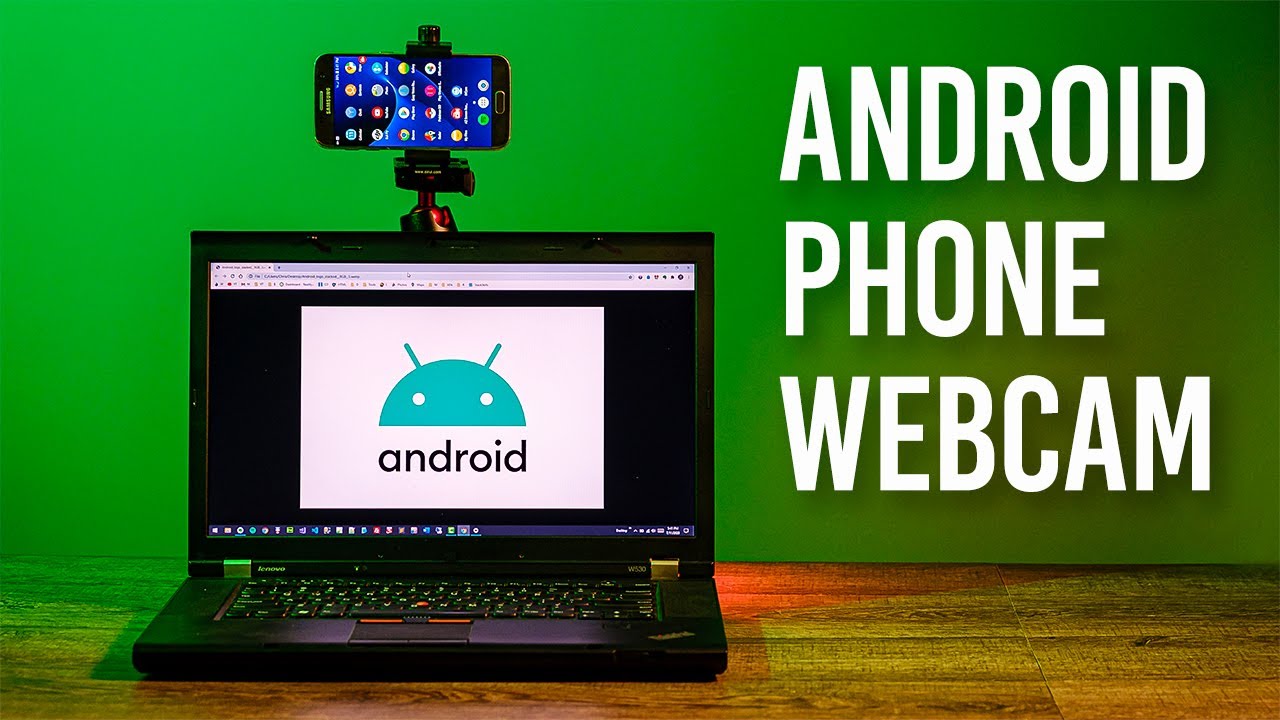 Don’t have a webcam for your next video meeting? You can easily Turn Your Android Phone Into a Webcam. So before you think of buying a new webcam, you should consider converting your Android phone into a high-resolution camera that will save you both money and time.

The process of converting an android phone into a smartphone is best suited if you have an old or secondary Android phone lying around. Don’t consider converting your new or daily use phone into a webcam as it might render it useless for your daily routine.

How to Turn Your Android Phone Into a Webcam?

So before we begin we will need a secondary android phone with a perfectly working rear camera. As long as your phone’s rear camera works well, you have little to worry about. As far as spending is concerned, you’ll just need to buy a smartphone tripod and an Android app that will convert your camera.

And if you don’t want to spend money on the app then you can try the DroidCam app. This app comes free and is highly rated on the Play Store. It has some limitations, including 480p video resolution. Along with ads, and some missing video options, such as the ability to rotate or flip the camera.

Once you’ve downloaded the app on your phone, now it’s time to install the DroidCam client for desktop. With both apps installed, open DroidCam on your phone and PC. On the DroidCam app for Android, check the IP address and port.

If you see a bunch of zeros in the IP address field, check if your phone is connected to the wifi. On DroidCam for PC, click the wifi icon in the top left corner. Then, type the IP address and port number in their respective fields, and press Start.

Now you should begin seeing a camera feed on your PC. You can now use any tripod or phone stand to point the rear camera at yourself. And use this feed for video calls via Zoom or other video meeting apps. Keep in mind that The setup doesn’t work if your phone is connected to the 5GHz band and the PC is on the 2.4GHz band.

As long as you ensure that both are on the same wifi network and the same band. You should be good to go. DroidCam also supports wired connectivity via a USB cable. But the steps are a bit too convoluted, so it’s probably not worth the hassle for most people. If you really want to try it, you can go to the app developer’s website and this page for more instructions