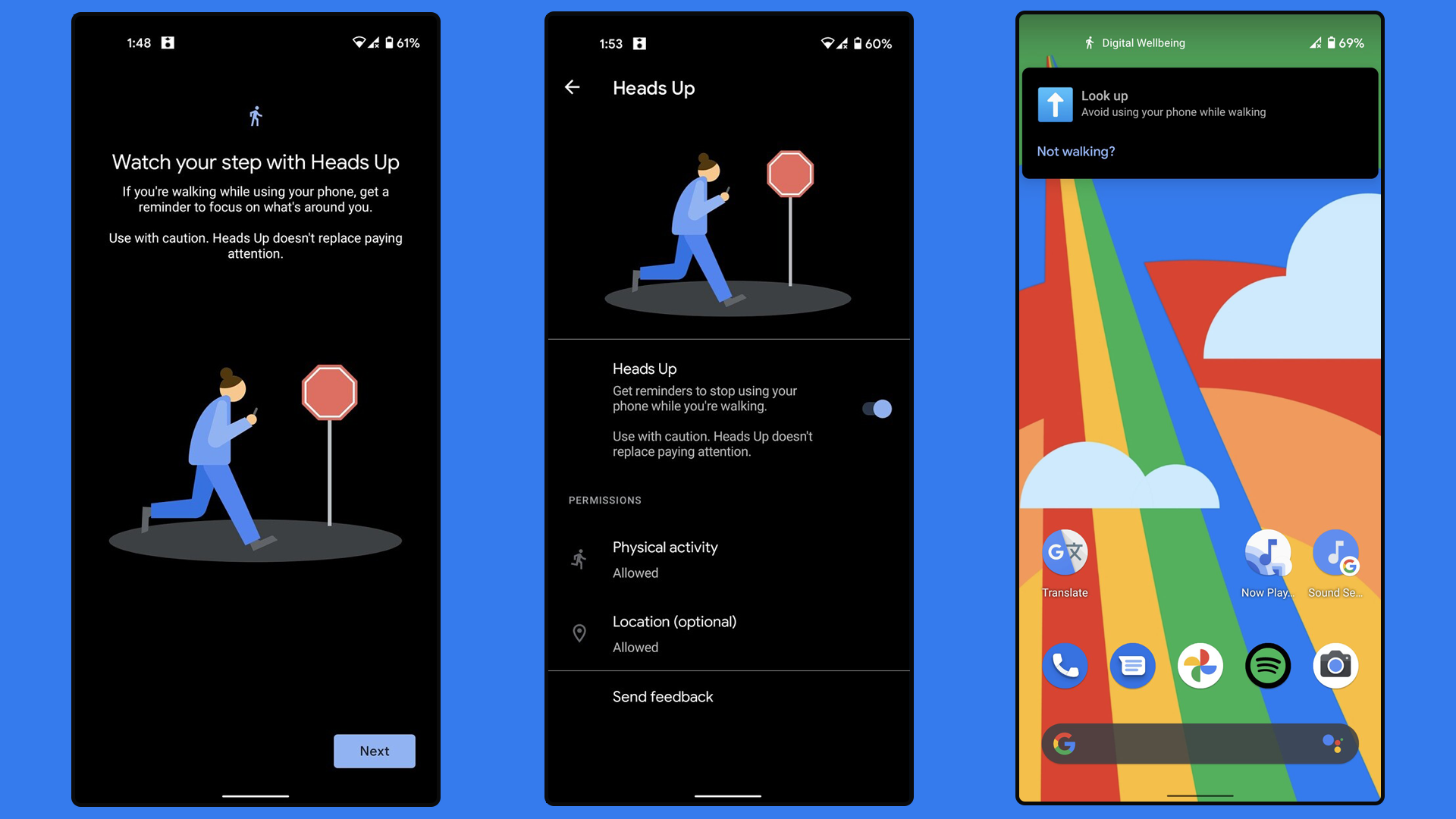 Android’s Digital Wellbeing service is getting a new “Heads Up” feature, which will prompt users to stop staring at their phones while walking, XDA Developers reports. The feature appears to be rolling out to the beta version of the Digital Wellbeing app.

Digital Wellbeing is a service found in the latest android phones running the latest OS. It helps manage your usage. It can be used to set limits on the amount of time you spend in specific apps or set up a “Bedtime mode” to make a phone less distracting late at night, for example.

In the past, the digital well-being app has been used for monitoring all the different apps that we use. And warning us about using our phones all the time. But this new heads-up feature will actively warn the user about unconscious walking that might pose danger to one’s safety.

The latest update to the app brings you a walk monitor system. If a person is using their phone while walking the app will actively scan and alert you to focus on the road ahead. The reminders include brief notifications with instructions like “Watch your step,” “Stay alert,” and “Look up,” judging by an app teardown last year by 9to5Google.

But still “Use your phone with caution. Heads Up doesn’t replace paying attention,” says Google despite the obviousness of such advice. Nevertheless, the feature seems necessary with distracted walking becoming increasingly dangerous.

XDA Developers reports that Heads Up seems to be coming to Pixel phones first. So if you have a pixel phone in your hand. Then you will get to see and experience this feature first hand. For all other android device users wait is the only option. Let us know if you were able to use this feature by commenting below with your opinion about it.