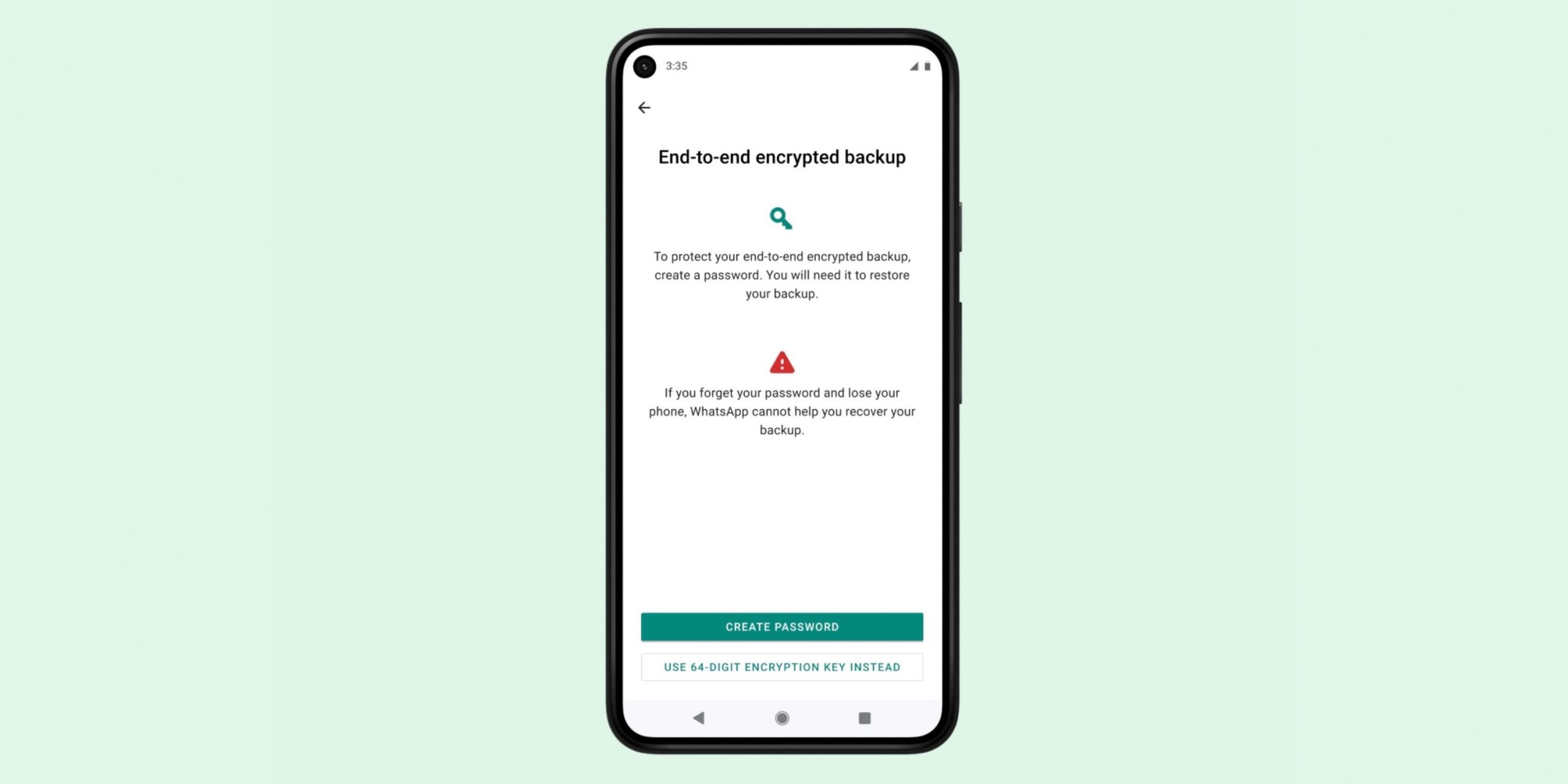 With more focus on online security, Whatsapp has introduced end-to-end encrypted backup in the latest update to its Android app. The most popular messaging app which has more than 2 billion active users worldwide, will introduce password-protected backups of messages for both Android and iOS users.

The messaging service already features end-to-end encryption by default. Which protects messages between its two billion-plus users. The latest update offers an extra, optional layer of security to protect backups of text, audio, images, and video stored either on Google Drive or Apple’s iCloud.

Those wanting to backup their chats in case they lose their phone can now secure their chats with either a password or a 64-digit encryption key.

After you encrypt Neither WhatsApp nor your backup service provider will be able to read your backups. Or access the key required to unlock it,” says a post on WhatsApp’s blog.

This feature ensures that even content that is uploaded to the cloud is encrypted, something that wasn’t available before. “No other global messaging service at this scale provides this level of security for their users’ messages, media, voice messages, video calls, and chat backups.”

The feature will be made available gradually. With only users running the latest version of the app able to access it.

How to Enable Encrypted backup on Whatsapp?

How to create an end-to-end encrypted backup? WhatsApp users will need to go to Settings > Chats > Chat Backups > End-to-End Encrypted Backup, and then follow the prompts to create one.

4. Tap Create and wait for WhatsApp to prepare your end-to-end encrypted backup. You might need to connect to a power source

The messaging platform says users won’t be able to restore their backup if they lose their WhatsApp chats and forget their password or key. WhatsApp cannot reset a password or a backup.