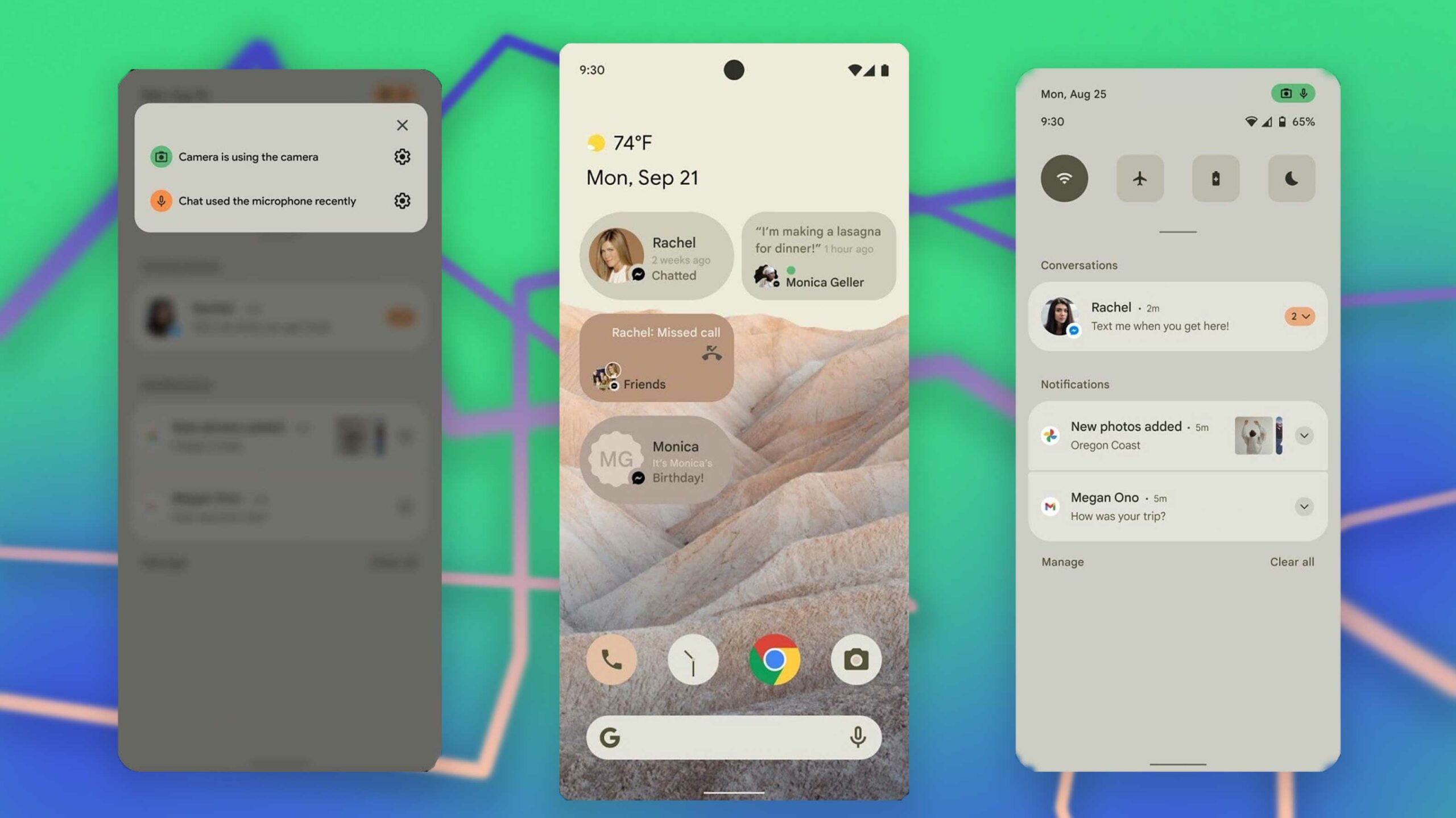 Did you get the latest android 12 update? If yes then you need to check these Android 12 hidden features to quickly move around your phone after the newest android update. The latest update brings a new adaptive design language that refreshes the UI and the way you use your phone.

Everything from the buttons to the sliders has a delightfully fresh appearance with smoother animations. But, Android 12 is not just a cosmetic update it also packs a series of practical additions that you may have missed or not have learned about till now.

Android 12’s best-hidden features are hidden in the settings. For example, you can control your phone with just your facial expressions. Or kill sensitive modules like the microphone with a simple tap, and dim the screen beyond the available limit. And there’s more than that hidden beneath the software.

When you want to capture screenshots of long web pages or documents, you’d have to take multiple of them and manually scroll until you’ve covered the entire length. Android 12 saves you this hassle with extended screen-grabs.

It can automatically stitch screenshots based on your needs, like capturing a long web page. So a single extended screenshot file includes not just what’s on your screen at the moment but also everything that’s below it.

To take scrolling screenshots on Android, press the power and volume down keys together and tap the “Capture more” button next to the pop-up on the bottom left corner. Drag the screenshot’s corners to select how much of the view you want to capture and hit “Save.”

After the latest update in Android 12, whenever an app accesses your phone’s camera or microphone, an indicator pops up at the top of your screen. In addition to that, Android 12 comes equipped with kill switches for these modules.

Therefore, if you decide to upgrade your privacy and block all apps from using your phone’s camera or mic, you can do so in an instant from the Quick Settings panel. Pull down the Quick Settings and swipe left on it to visit the next page of toggles. Tap “Mic access” to block microphone access and “Camera access”.

Shrink the screen for one-hand use

Google added a one-handed mode on Android 12. When you activate it, the top of your screen’s content slides down to the bottom half so that it’s easier for you to operate it with just one hand. Which is very similar to the Reachability tool on iOS.

To turn it on Go to Settings > System > Gestures > One-handed mode to enable Android 12’s one-handed mode. To use it, you’ll have to swipe down on the navigation bar at the bottom center of your screen.

Android 12 is for pro gamers

When you’re playing on a phone running Android 12, you can pull out a game dashboard. It houses a range of tools for supercharging your gameplay experience. Inside the dashboard, you’ll find options to switch on an FPS counter, record the gameplay, and stream on sites like YouTube.

It also lets you quickly put your phone on Do Not Disturb mode to optimize its performance for the best results. To turn it on Visit Settings > Notifications > Do Not Disturb > Schedules, enable “Gaming,” and then touch the cog-wheel icon next to it.

Toggle the “Game Dashboard” and “Do Not Disturb for games” options. Now when you open a game on your phone, you’ll have a black controller button on the screen’s edge. Tap it to enter the Game Dashboard.