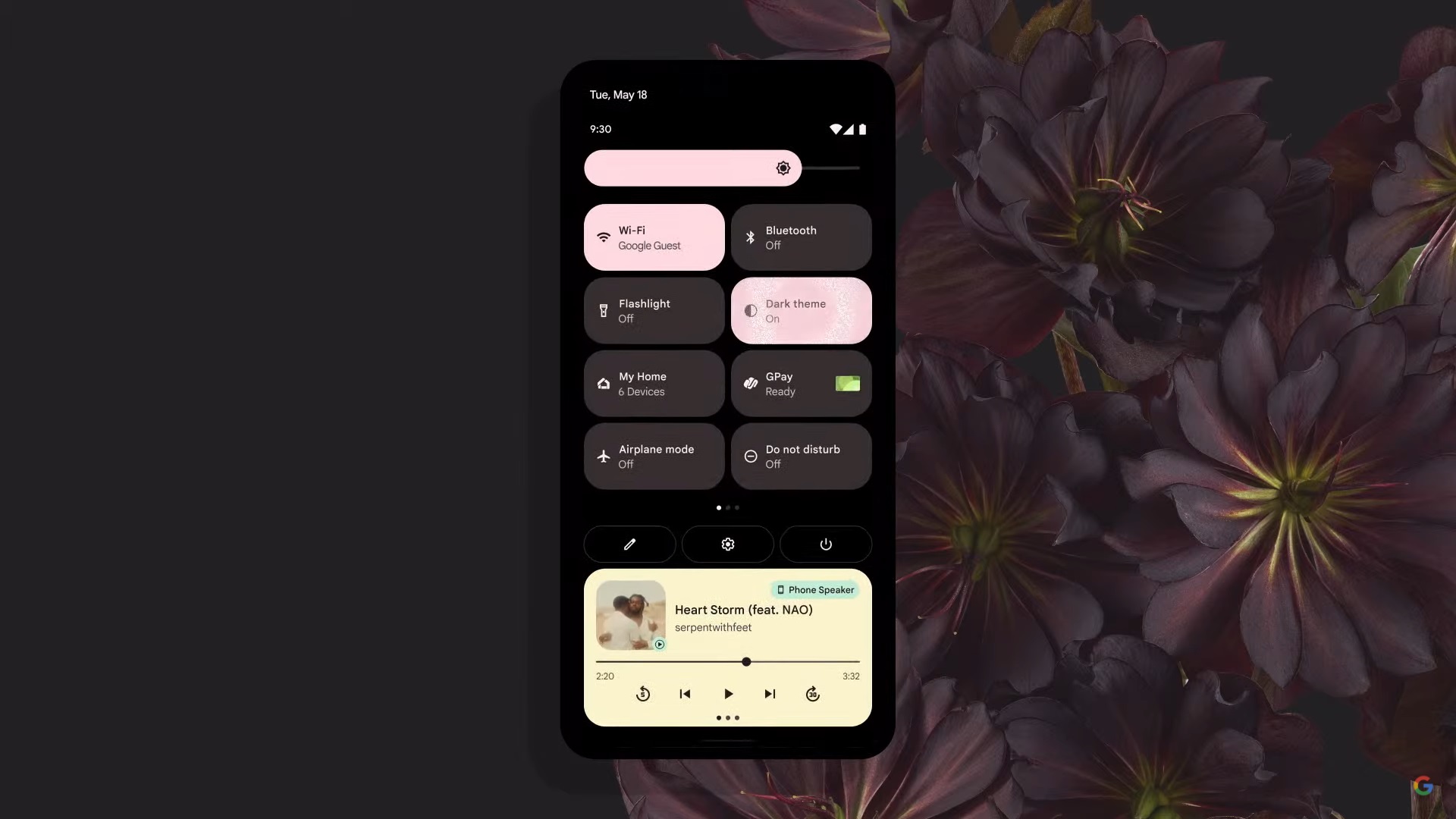 Android 12 color-changing UI is codenamed “Monet,” and it impresses even iPhone users. After some hands-on time, it feels like Android 12’s chameleon-like UI already lives up to the hype. Monet or “Material You,” as Google calls it—effortlessly recolors your phone UI with a matching theme based on your wallpaper.

Just pick a wallpaper that is primarily blue. And Android 12 will change the buttons, sliders, clock, notifications, and settings background to matching shades.

Google had been working on wallpaper-defined color schemes for some time. Monet represents a second-generation swing at the idea, and while Android 5’s Palette API was barely used. Google now feels confident enough with the idea to use it basically everywhere.

Every piece of the Android 12 system UI other than the permanently black Quick Settings background is subject to the systemwide color coordinator. The way this works is that Android 12 samples a single hue from your wallpaper. And then generates a few colors by tweaking the brightness and saturation.

That’s why when you Pick a blue hue wallpaper. You’ll get a bright blue, a dark blue, a desaturated blue, and a nearly white blue that will be spread around most of the UI, automatically. In Beta 2, Monet only works on the lock screen, system UI, home screen, and settings.

If app developers want to let Monet take the wheel with their designs. Android 12 gives them several color variables to slot into their code. Which will be swapped around whenever the wallpaper changes. Developers get three “Accent” colors and two “Neutral” colors chosen by the system based on the wallpaper. On top of that, they get to pick a lightness value for each color.

Have you tested the latest Android 12 User interface and its cool beta features yourself? Let us know what you think about the Monet in the comments section below.